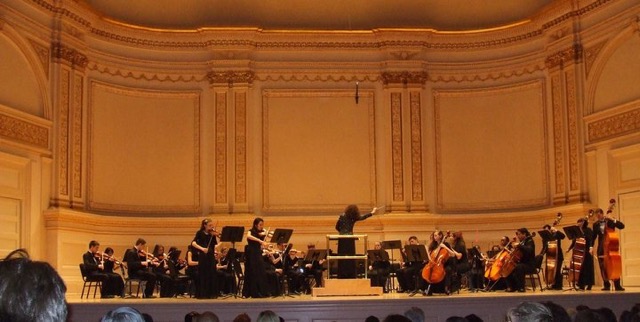 “Sensitivity, attention to detail and an eclectic approach are the hallmarks of Judy’s conducting. She insists on musicality, as  well as a focus on the intentions of the composer as she guides the development of her students’ technical and musical skills necessary for performance accuracy. In addition to her love and familiarity with the classic orchestra literature, her diverse programs highlight music that has a contemporary appeal for both performers and audience members.”
—Robert T. Frampton, Jr., Visual & Performing Arts Supervisor, Washington Township Schools
Immediate Past-President, Eastern Division, National Assoc. for Music Education (NAfME)

Judy has conducted youth orchestras for several summer festivals including the Strings International Music Festival and Rowan Strings Camp. She conducted the All South Jersey Junior High String Ensemble in 2004 and 2013.

Judy received her undergraduate degree in viola performance from the Eastman School of Music and an MM in orchestral conducting from Rowan University in Glassboro, NJ